Everyone knows that the best part about fall is all of the pumpkin-flavored desserts. Pumpkin pie is the best fall treat because it is not only delicious but also nutritious. Pumpkin is filled with vitamin A, which is essential for a healthy immune system and good vision. The 5 Most Commonly Taught Writing Styles

By placing a significantly higher emphasis on a variety of writing types, we can help address the challenges regarding student writing proficiency. This is especially important in the middle school years, when students are transitioning from the foundational skills they learned in elementary school to the deeper levels of thinking required in high school and beyond.

If you have a teaching degree, it’s likely you’ve already learned about or taught many of the following types of writing styles. Whether you’re familiar with all of them or need to brush up on several, there are guaranteed to be new approaches with which you’re not yet familiar. That’s the goal of this post: to give you the tools you need to maximize your students’ learning experience, writing skills and persuasive power.

The most common types of writing styles differ from their intended purpose to their structure to the level of emotional appeal for which they call. Understanding how each of these categories contributes to each type of writing will help you teach students to express themselves more proficiently, as well as reach higher levels of proficiency on state and national tests. We Are Teachers defines narrative writing as “writing that is characterized by a main character in a setting who engages with a problem or event in a significant way. As writing instruction goes, narrative writing encompasses a lot: author’s purpose, tone, voice, structure, in addition to teaching sentence structure, organization, and word choice.”

You can assign students a wide variety of narrative writing assignments, from personal narrative to fiction to “fan fiction,” or stories that use main characters from books students love. For instance, a student could write a short story about one of Harry Potter’s untold side adventures.

Teaching students to weave all of these elements together will take time, which is why each lesson should cover no more than one of the above. As students check off each item, they can incorporate it with the ones above. Eventually, the result will be a well-fleshed-out story they can be proud to share with the class and their family. 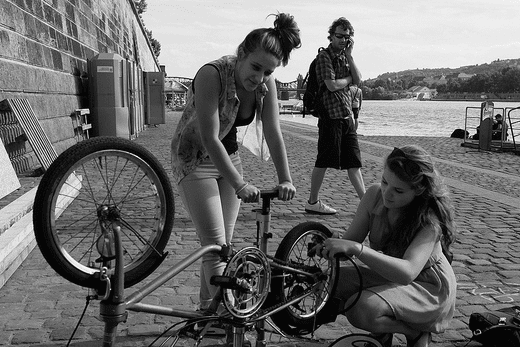 Expository writing’s main purpose is to explain. It is a subject-oriented writing style, in which authors focus on telling you about a given topic or subject without voicing their personal opinions. These types of essays or articles furnish you with relevant facts and figures but do not include their opinions. This is one of the most common types of writing. You always see it in textbooks and how-to articles. The author just tells you about a given subject, such as how to do something.

Many people associate the taste of pumpkins with fall. In October, companies from Starbucks to McDonalds roll out their pumpkin-flavored lattes and desserts. Here is how to make an easy pumpkin pie using only five ingredients. First, make sure you have all of the ingredients.

Everyone knows that the best part about fall is all of the pumpkin-flavored desserts. Pumpkin pie is the best fall treat because it is not only delicious but also nutritious. Pumpkin is filled with vitamin A, which is essential for a healthy immune system and good vision.

This is not expository because several opinions are stated, such as “Pumpkin pie is the best fall treat…” Although this excerpt contains a fact about pumpkin containing vitamin A, that fact is used as evidence to support the opinion. These opinions make this an example of persuasive writing.

The four types of writing techniques:

When you compare one thing to another completely different thing as a way of describing it, you are either using a metaphor or a simile. Duran Duran’s song title “Hungry Like the Wolf” is a good example of a simile used in descriptive writing. Do you want to learn more about metaphors and similes? Check out this blog article on metaphors and similes.

Using all the senses, including smell and taste, to describe something can be a very powerful technique when you’re doing descriptive writing. For example, instead of writing “The drink was ice cold,” you might write something like, “As I drank, I felt the back of my teeth hurt and my insides clench at the shock of the cold water.”

This neat trick gives your writing a sense of pace and movement without being obvious about it. Internal rhymes are usually challenging to pick out unless you’re really looking for them, but they give your poems and songs a little something more. Paul McCartney’s songs are full of internal rhymes. “Lovely Rita” is a good example (the internal rhymes are in boldface):

Narrative writing is a writing technique you use when telling a story. Along with descriptive writing, it’s the type of writing that tends to be the most creative, which is probably why many people like it best. When you’re being creative, it’s okay to bend the rules a little bit, so you don’t need to be perfect about grammar (though your writing will look sloppy if you’re not careful). Narrative works, like novels and short stories, usually include a bit of descriptive writing in them. Good narrative writers use many literary devices to make their writing stand out. Here is a list of the most common ones.

When you structure all the parts of your sentence for effect, you’ve created a parallel structure, also known as parallelism. “Love it or leave it” is a good example. Another example is the first two lines of Shel Silverstein’s poem, “Hug o’ War”: “I will not play at tug o’ war / I’d rather play at hug o’ war.” If you rewrite those lines without the parallel structure, it looks like this: “I’d rather play at hug o’ war than at tug o’ war.” It’s nowhere near as engaging!

This is when a series of words starts with the same letter. It’s a great technique if you want to create a dramatic effect. British tabloids love to use alliteration in their headlines: “Nattering nabobs of negativity” is one example. Alliteration is also lots of fun to play around with, especially if you want your writing to sound over the top.

Great characters with a strong voice

Foreshadowing is a fantastic tool to keep your reader engaged. In foreshadowing, you give your reader a hint that something is about to happen without giving away any details. Here is an example of foreshadowing: “Mary closed the door to the office, happy to finally be done with the day, and hopped into the elevator. Already focused on the weekend ahead, she did not hear the tinny sound of the telephone ringing at her desk.”

Exposition, also known as expository writing, is a type of writing used to explain, inform, or describe. If you’re writing a book report, chances are that most of it will be expository writing. Journalism uses this style, as do most essays. Here are some tips to help you.

Know the difference between fact and opinion

It sounds obvious, but many people state an opinion and claim it is a fact. For example, “Gelato has less fat, less sugar, and a lower calorie count than ice cream” is a fact. But “Gelato is healthier than ice cream” is an opinion because “healthier” is a value judgment: It is not measurable. Check your work for comparatives and words like more, most, less, least, better, and worse to ensure you aren’t stating opinions as facts.

Stick to the third person